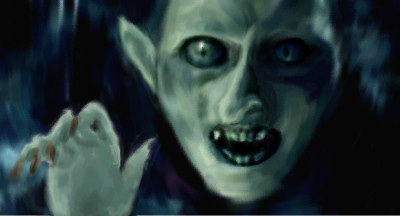 Of all the mythological creatures Goblins are the most well known. They are nearly always described as grotesquely deformed, with hooked noses and warty, slimy, green skin. Their name is synonymous with evil.

We know they’re evil because they look evil – right? But have a think about some of the worst true-life villains in history – Genghis Khan, Attila the Hun, or a few of the Roman Emperors – did they look evil? And what about the fictional characters such as Frankenstein’s Monster or Quasimodo – they were treated like monsters because of how they looked, but they were actually quite different! 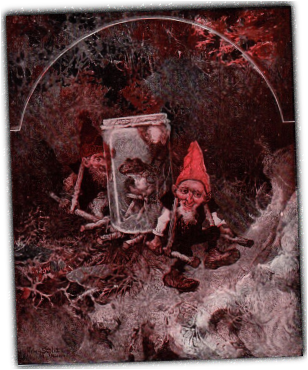 Goblins may be the most well known, but of all the mythological creatures their history is the most mysterious. Unlike most of the other creatures in this list they were not described in The Edda – the oldest written source of Anglo-Saxon legends. Some mythologists suggest they were derived from the German myth of the Binsenschneider or Corn-Spectre. These sickle carrying reapers have been equated with devils or goblins who are known by their small, three corner hats. In this legend, Binsenschneider were said to live in the cornfields – a story told to scare children from venturing too far from home.

An alternative derivation is from Kobold or Coboldus which means ‘house-spirit’ or ‘hut dweller’. In this legend Goblins were the same as Cofgodas. They could sometimes be heard jumping softly, knocking at walls, and tumbling on stairs and in the loft.  In this form they often get mixed up with Poltergeists and Knockers. This myth also gives us the creature with the closest matching name, the Welsh Coblyn. The Goblin was said to be an obliging, hardworking sprite who helped people in the home. 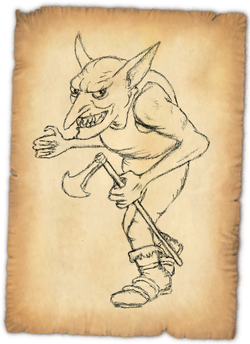 Nothing seemingly explains how they became the grotesque, evil creatures we know of today. Jacob Grimm, one of the greatest mythologists in history, said the downfall of the Anglo-Saxon way of life must have wrought great changes and that Goblins acquired a new and terrible aspect as creatures of evil. Perhaps after reading this you may think they were undeserving of that fate!

It was the Anglo-Saxon belief that the way humans viewed magical creatures was how they became in reality. So when you think about making your own goblin, remember, you can make them to be anything you want!
Return to the Creatures