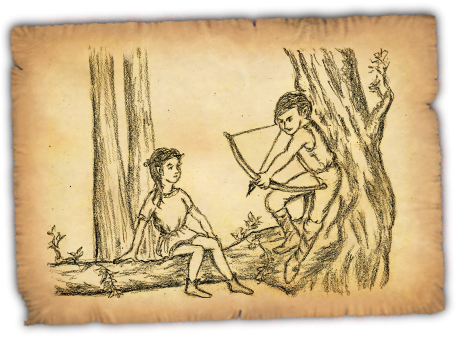 Who are the Light Elves? The earliest known written description of them comes from Snorri Sturluson, an Icelandic Poet who lived in the 12th Century AD. He wrote that ‘there was a place in the sky’ where they lived and that they were ‘brighter than the sun in appearance.’

This description formed the basis of J.R.R. Tolkein’s books such as The Lord of the Rings. 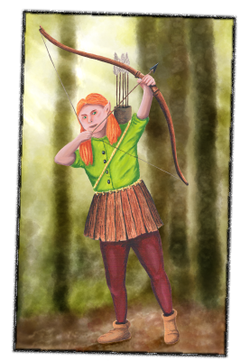 However, other mythologists believe that the description of the light elves as being almost like angels in appearance could have been a mistake. Jacob Grimm was a German mythologist who spent much of his life studying Anglo-Saxon legends. You may know some of his stories, such as Hansel and Gretel, Rapunzel, or Cinderella.

Grimm wrote a huge series of books called Teutonic Mythology. In these books he argued that Christian beliefs of good and evil, and light and dark, may have become confused with older Anglo-Saxon ideas. He argued that the Light Elves were small pixie-like fairies and that they only took on the form of tall, beautiful warriors because their name contained the word ‘light’.

This means that the Light Elves may have been portrayed as better than the other mythological creatures for over 1000 years. If that is the case, how do you think that would affect the way they behave ... the way they treat the others?
Return to the Creatures