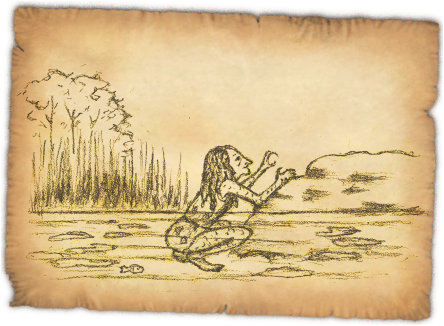 These powerful water demons usually appear in human form. They are described as being a half-human/half-fish creatures, and they are where the myth of mermaids originate. In nearly all legends the Nixies possessed some form of song or sound that was able to overpower people and lure them to their doom. However, in other legends it is claimed that the screeches heard from the nixes was actually a signal to protect and warn humans of dangerous water and the risk of drowning. 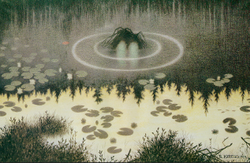 The source of the legend is Norwegian mythology and their name comes from the Norse word Nøkken. Theodor Kittelsen’s Nøkken from 1904 is a famous painting depicting a Nixie emerging from a gloomy pool.

The truth behind the myth of the Nixies could have been simply to scare children from dangerous pools of water, or as a story to warn sailors of dangerous rocks as the wind howled over them. Perhaps there are creatures looming beneath the water ... whether good or evil, the message is clear, beware of a Nixie’s scream!
Return to the CReatures